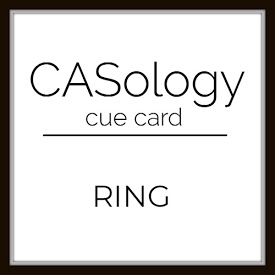 So before I get into today's card I wanted to announce that this will be my last post as a part of the CASology design team. I've decided to take a step back and take some time for my mental health. I've found myself getting a little burned out lately and spending less and less time in my craft room. My hope is that I can get back to the joy of crafting by just letting myself create for the fun of it again. You'll probably still see me around and entering the challenge as a player, but I won't be doing it every week. Sometimes we all just need a little break and I think it's important to know when to take a deep breath and step aside. Believe me, I'll still be around, just not as frequently.

And with that said, here's this challenge's card! 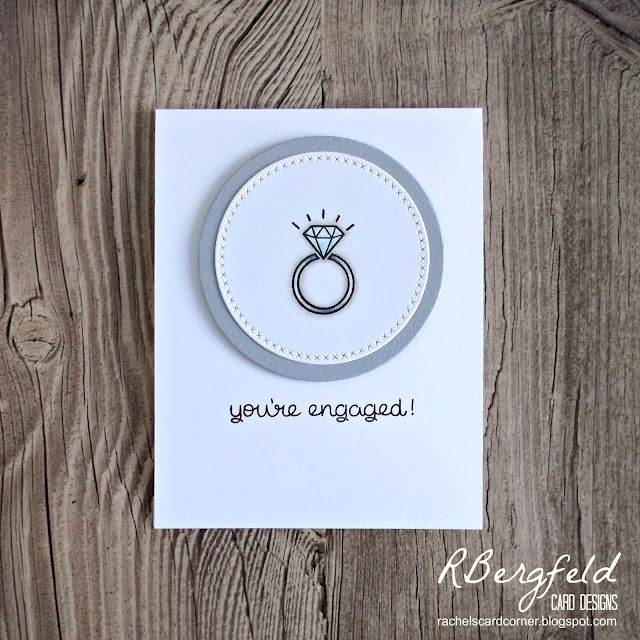 I decided to go super simple with this one, so I started by cutting a circle with a stitched rectangle die (sorry, it's retired!) from MFT Stamps. I stamped my ring image in the center and added the glimmer lines with another stamp. I colored the image with my Copics (cool grays for the metal to imitate white gold, very light blues for the diamond, and warm gray for a halo to make it pop from the white paper). I matted my circle with another circle cut from Smoke Gray cardstock and then used foam tape to adhere it to a card base. I used my MISTI to stamp the sentiment below it.

Posted by Rachel Bergfeld at 6:00 AM 2 comments:

Hello! After a two week challenge, CASology is back with a new cue! 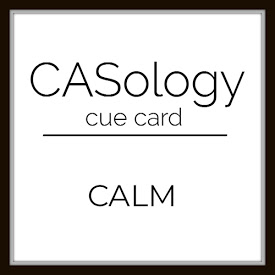 I decided to break out my koi stamp for this challenge because I think there's nothing more calming than watching the koi swim in a pond. 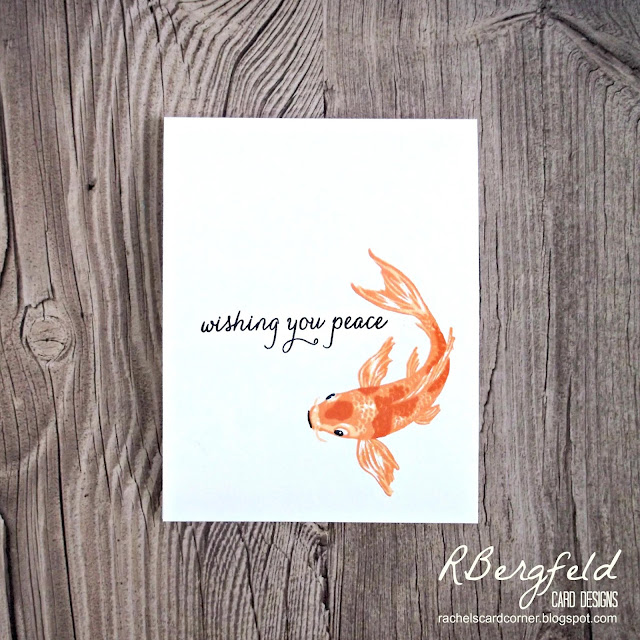 This is an incredibly simple card to put together. I merely stamped my koi using the layering stamp from Hero Arts and using some of Altenew's fabulous inks and then stamped my sentiment. Super simple, but still incredibly pretty because of the stamp's design!

Thanks for stopping by and don't forget to link up your creations on the CASology post! 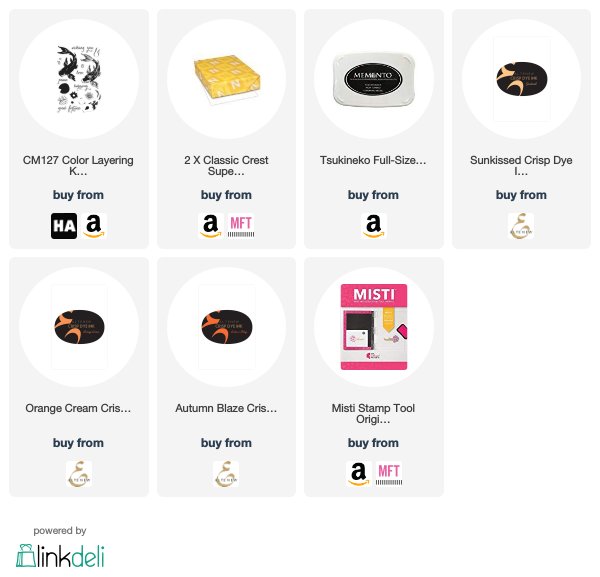 Hello! It's time for a new cue from CASology! 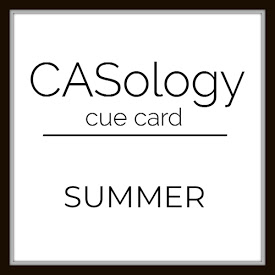 I have so many fun summer stamps in my collection, but this little penguin is one of my favorites! 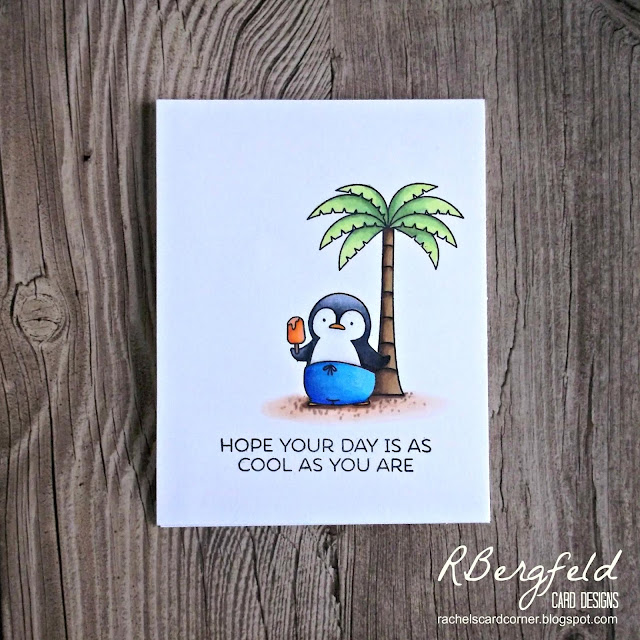 I used my Copics to color my images and then added some subtle shading below them to ground them. I adhered my panel to a top-folding A2 card using my tape runner.

Hello! I'm back after an extended break for a vacation. I went out to Missouri and spent some time with my in-laws, ate some awesome barbeque, and had some laughs with good friends. After recharging my batteries, I'm here again with a new cue from CASology! 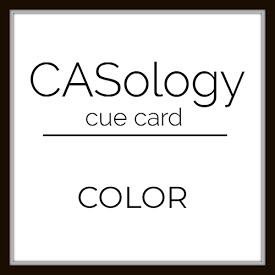 This is such an open-ended cue for a cardmaker! I absolutely love a cue that can be interpreted in so many ways. My mind immediately went to this adorable stamp set from Clearly Besotted though. 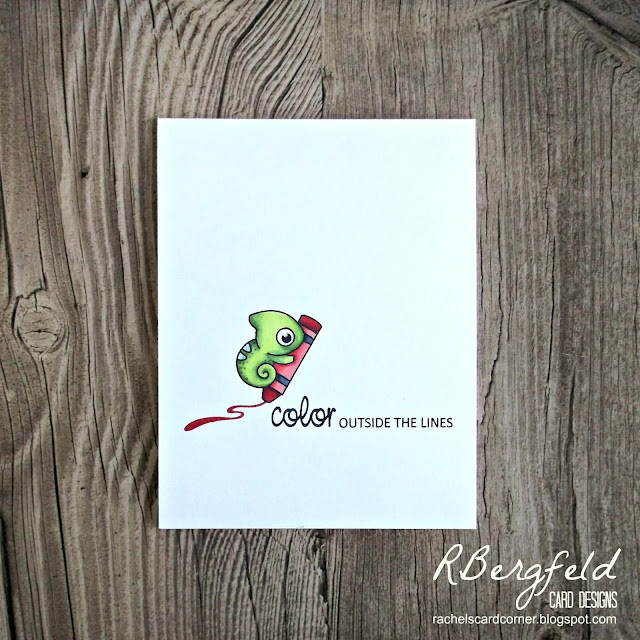 Oh my gosh that chameleon! I just love his adorable little face! I used my MISTI to stamp my sentiment so that it was straight and then added my splash of color with a stamp and some lobster ink. I went back in with my chameleon and stamped him so that it looked like he had colored the little streak. I used my Copics to color him in and I than adhered my panel to a top-folding card base.

Thanks for joining me today and don't forget to link up your creations on the CASology post!

Posted by Rachel Bergfeld at 6:00 AM 7 comments:

Hello! I'm back today with a brand new cue from CASology! 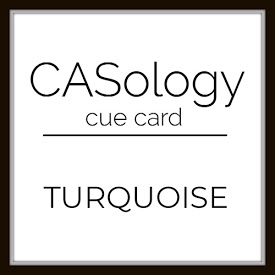 I love this cue! There's so much you can do with a color prompt! I searched through my stamps and finally settled on this adorable bird image from Clearly Besotted to get the color treatment. 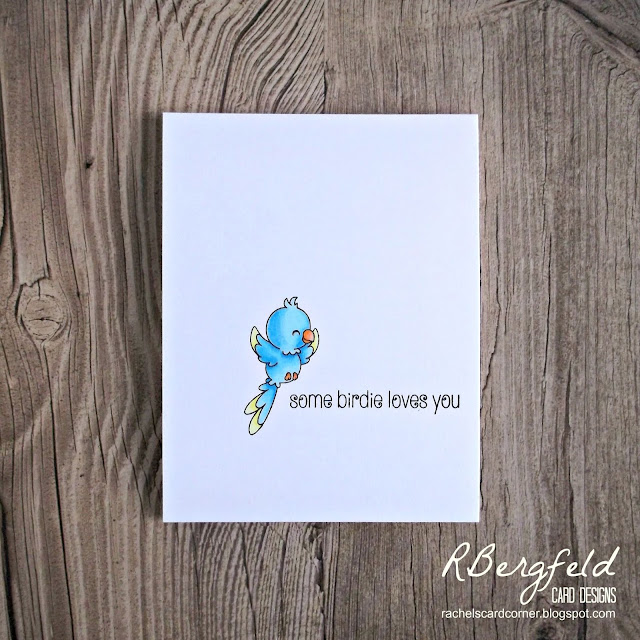 I used my MISTI to stamp my sentiment and then my bird just above it so that it looks like he's coming in for a landing on top of it. I used my Copics to color him in and then simply adhered my panel to a top-folding card base.  A super simple card, but I think it's awfully cute! 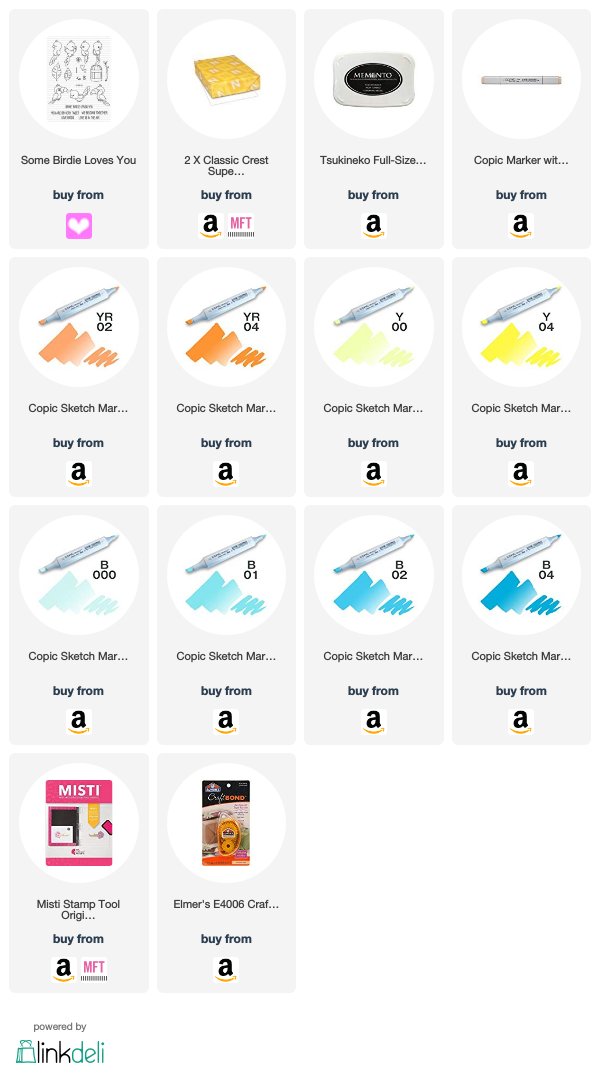 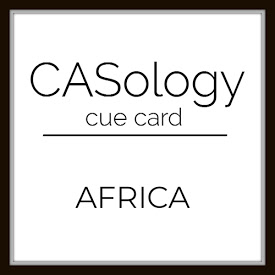 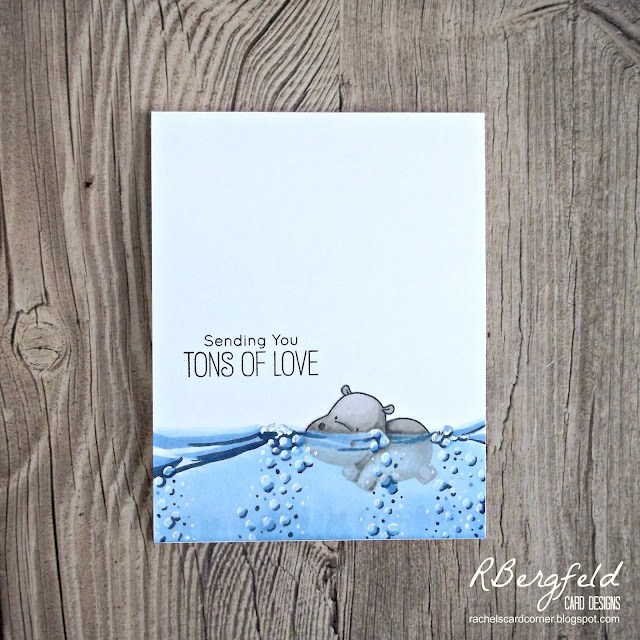 Posted by Rachel Bergfeld at 6:00 AM 7 comments:

Hello! I'm super excited to share with you today a fun new stamp set from Kindred Stamps! I'm in love with this one and I think you will be, too. I present to you - Ocean Royalty! 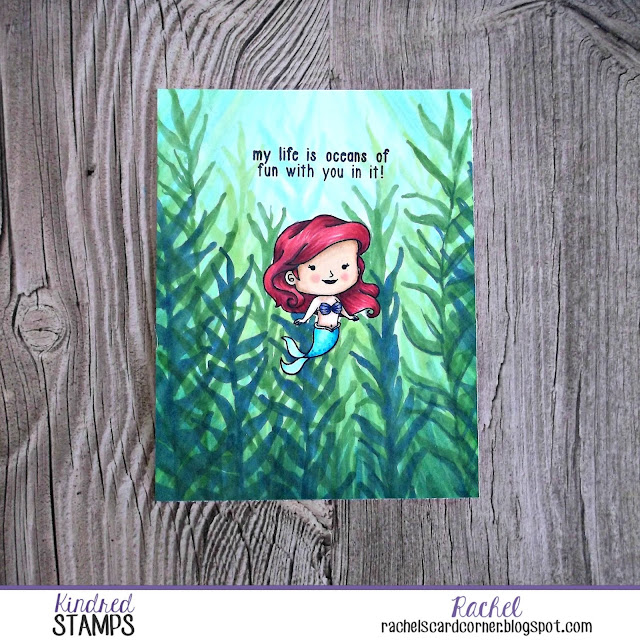 I used what I've learned in Sandy Allnock's Underwater Scenes class to create a "forest" of kelp behind my mermaid. I thought it would be fun to make it look like she's out exploring because we all know that's what she likes to do! 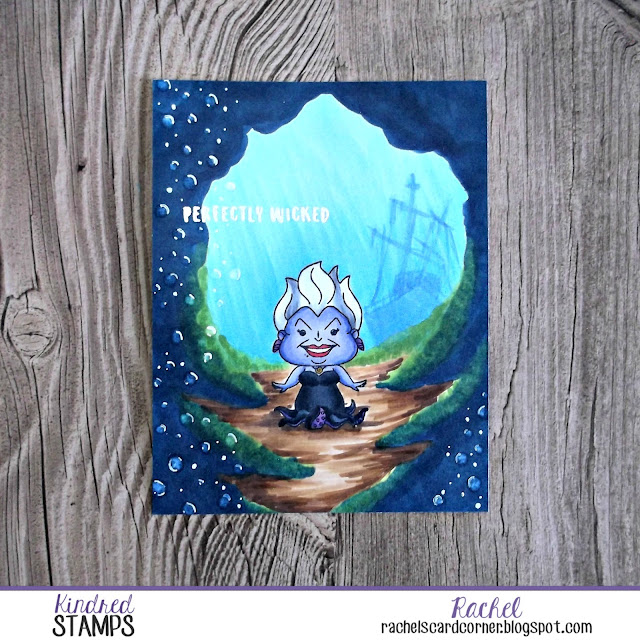 For my second card, I channeled my inner sea witch and created a fun cavern scene complete with sunken ship. What better place for her to be lurking, right?

So which are you - oceans of fun or perfectly wicked? 😉

The entire Kindred Stamps April release will be available Friday, April 26th at 8am PST/11am EST.  Be sure to subscribe to the Kindred Stamps blog to see a daily line up of sneak peeks from our amazing Design Team and see the full product release on Friday!  Come join the Fan Club and release event to be part of the release fun, and you may just win some Kindred Stamps credit!!