Hello! I'm back today with a card that I'm rather proud of. It's not the best one I've ever created, but I took an idea that was swimming around in my head and got it out on paper and that's an achievement that I feel deserves to be celebrated! 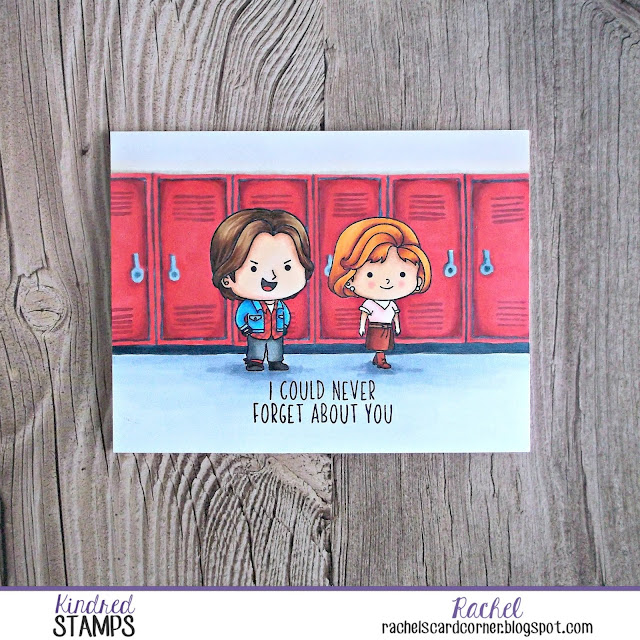 Ever since I got this set, the idea of putting these two characters in front of a set of lockers has been circulating in my mind. It was just a matter of time before I attempted to put it on paper and I finally just decided to do it! 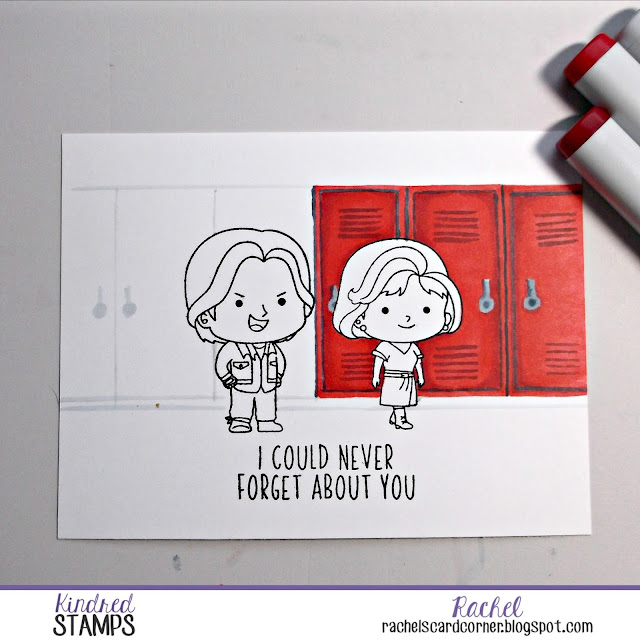 Here it is halfway through my sketching process...and probably about 45 minutes into the thing! 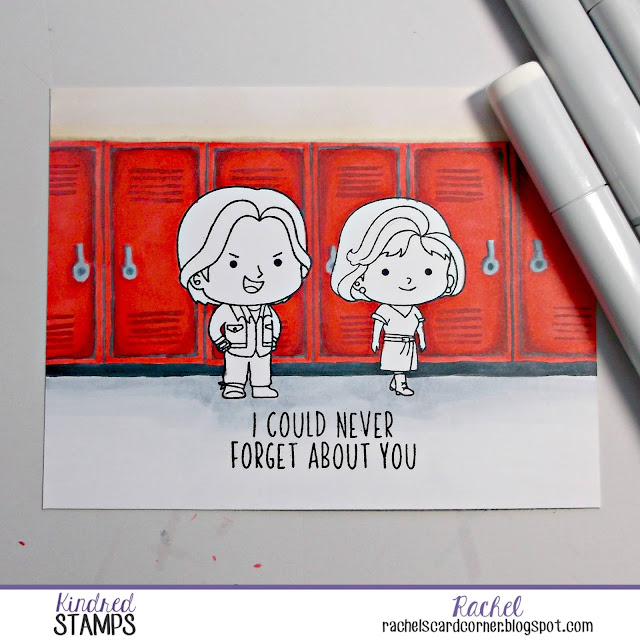 When it got to this point I was so scared to continue because I'd put in an hour and a half of work to get the background just right. What if I screwed it up right at the end? Oh well, it's just paper, right?

Posted by Rachel Bergfeld at 12:00 AM