Today's card was created for this week's Simon Says Stamp Monday Challenge - World Traveler. I'm squeaking this in right at the deadline because I actually struggled a little bit with this one, but was hit with inspiration early this morning! 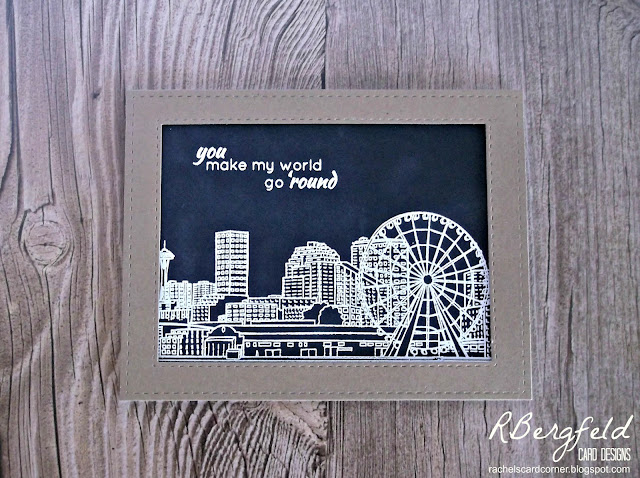 I decided to make a chalkboard card featuring the Altenew stamp set Sketchy Cities America 2. It features a scene of Seattle and I love the sentiment that goes with it. It also seemed to make the perfect masculine card to give to my husband for our anniversary (which is months away, but at least I'm ahead!). I simply heat embossed a black piece of cardstock with the scene and the sentiment and then added the die cut from on top with some foam tape after the panel was adhered to a white card base. It was actually a very simple card to put together, but I love how stark the contrast is between the colors.

InLinkz.com
Posted by Rachel Bergfeld at 8:43 AM