Your Birthday Is Coming

Where my geeks at?! The newest release from Kindred Stamps has me screaming! If you're a fan of all things nerdy, then you need to take a look at this company! I've been creating with them so much recently because, honestly, I'm in love with practically everything they do!

Today is no exception. I used two sets from their most recent release to create this awesome card for one of my nerdy friends. Game of Thrones! So excited! 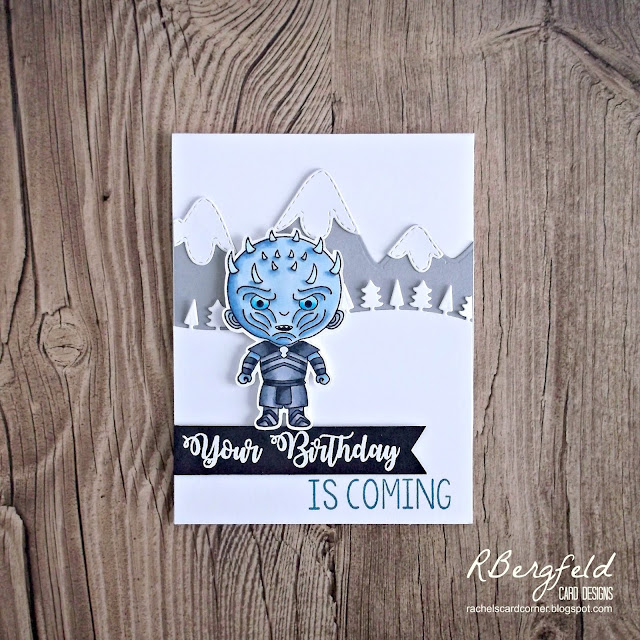 Oh my goodness! How cute is that Night King?! Never thought I'd say that.

I started my card by simply stamping and then coloring my image with my Copics. I set him aside and then started work on my background.

I used my MISTI to stamp the second part of my sentiment in Dusk blue ink at the bottom of my card and then used my MISTI again to stamp the first part of the sentiment on black cardstock with Versamark ink. I heat embossed it using some white embossing powder and then used my scissors to cut a fishtail on the end of it. I adhered it above the second part of the sentiment using some foam tape.

Last of all, I added my little Night King with some more foam tape and I was finished!

Thanks for stopping by!