A Duo of Gems

I still had the stencil on my desk from my last post when I saw the Simon Says Stamp Wednesday Challenge was to use Ombre. Seeing as how I used it for my last card, I decided to try it again with a different color and a different theme. 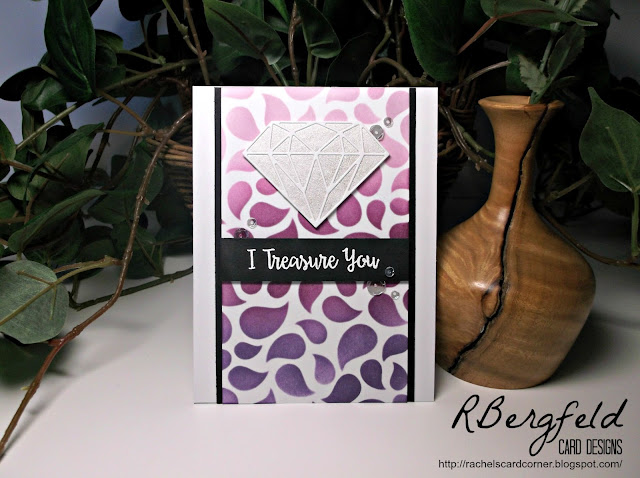 I cut down the panel this time and framed it in black. I used the MFT Stamps Diamonds dies in order to create my gem. I covered the bottom portion copiously in clear Wink of Stella so it has tons of shimmer! Then I laid the faceted portion over the top to complete the look. I finished it with a simple sentiment in white on black and added a few Sparkling Clear Sequins from Pretty Pink Posh.

I actually created this next card first, but wasn't entirely satisfied with its composition, so I played around a little and got the one I posted first. Now that I've had a little time to reflect, I actually like this one a little more, but still prefer the other. 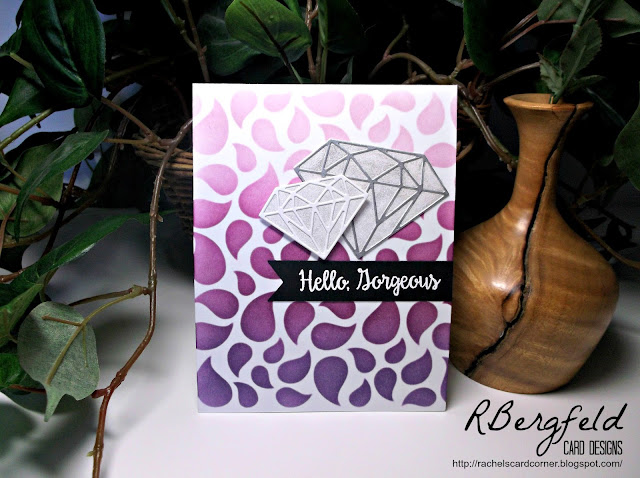 The technique was the same for both cards. I used the stencil to create the background and then added the dies (with so much Wink of Stella!) with a bold sentiment in white on black. I do like the stacked diamonds now that I've had time to think, but I still prefer the black frame from the other card.

Posted by Rachel Bergfeld at 9:25 AM